Detroit Edison’s St. Clair Power Plant and Belle River Power Plants, between St. Clair and Marine City, are located at the current south end of track on the former Port Huron & Detroit Railroad. In the past, the two plants would receive several loaded coal trains each year, but recently most coal has been arriving at the plants by boat (lake freighter). I believe the two plants were supposed to receive 3 loaded trains this year, the first of which I was given a heads-up about just before it departed northward.

The old power plant in Marysville has been gone for a couple years now. I was able to catch a CSX movement by the building before it was finally imploded, but until recently, I haven’t tried to shoot photos of CSX in Marysville. (Honestly, I’m not sure why- it’s not as if it’s a terribly long drive for me anymore…it’s just across town.) The two shots below were taken November 12, 2017. 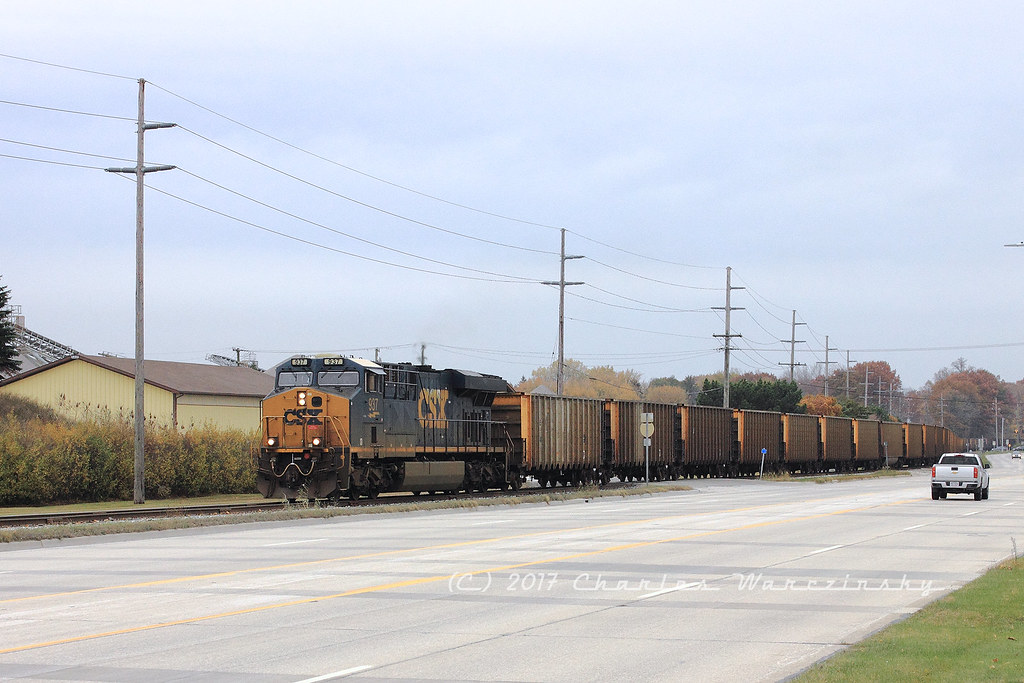 The train has continued past the site of the power plant and is crossing the Gratiot Blvd/I-94/I-69 Business Loop. 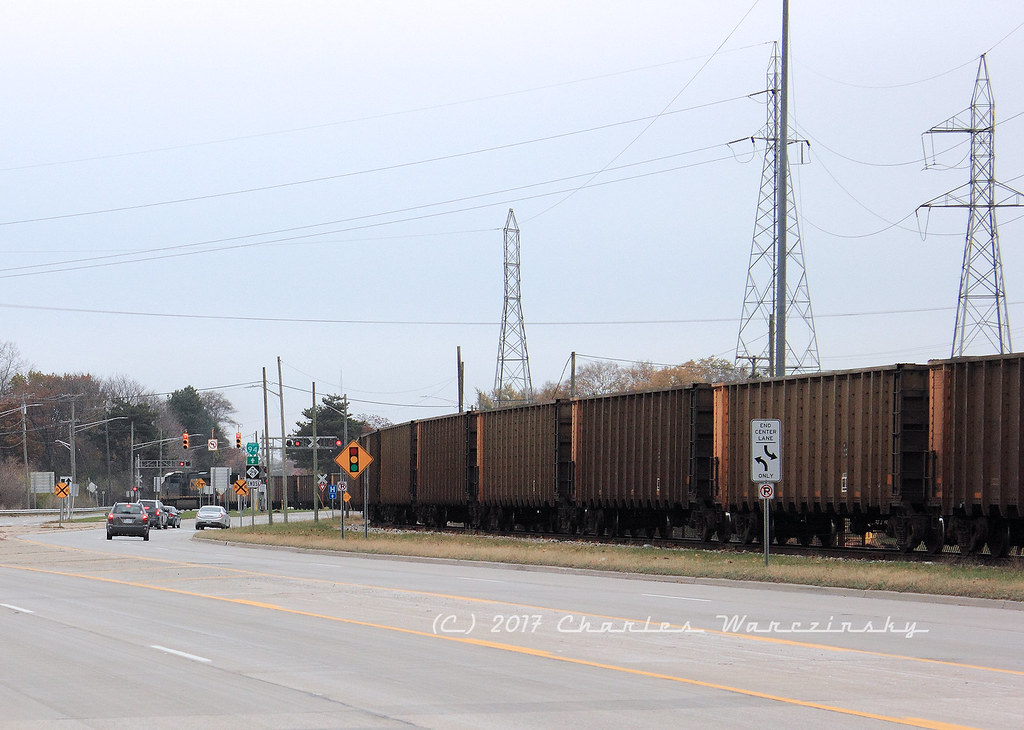